It’s true, every summary article about this year’s SXSW you read in mainstream media will in fact confirm that in its 20th year, the theme was overwhelmingly about privacy & security. Then again, when you have both Julian Assange and Edward Snowden speaking via a complicated system of proxies over Skype and featuring more technical hiccups than the season finale streaming of True Detective, it’s really easy to say that privacy was star of the show.

And you could make the case that wearable technology and embedded computing was just as powerful with panel subjects like ” body computing: the future of networked humans”. I say this despite the fact that Kevin bacon was also a big hit, holding court with many fans on the 20th anniversary of the Kevin Bacon game.  There was even someone in the audience, who was zero degrees of separation from Kevin Bacon, who shared the name “Kevin Bacon”. You can’t make this stuff up.

In fact, I think that you could have boiled the entire event into one mega-panel representing the thousands of talks here this week. It would be called "Wearable tech and its ramifications on privacy and Kevin Bacon". For bonus points, it would have been moderated by Lena Dunham.

One standout talk for me was seeing Stephen Wolfram from Wolfram Alfa up on stage talking about our computational future. I watched in awe of how fast he was able to speed type perfectly formatted code on stage while he was talking. Monumentally more impressive than how fast I can text message and email at the same time. I must admit that I lost the plot a few times, but believed him when he said he suspected that there is a simple program for our whole universe.

The keynote delivered by Dr. Neil deGrasse Tyson, introduced as the man who had the power to demote Pluto, certainly did not disappoint. On the evening of launching the rebooted Cosmos franchise in over 100 countries around the globe, he left the audience enamored with his undying curiosity and kid-like approach to figuring out how the world works. Given that in the first episode he said that we’re all made of “space stuff”, I’m laughing even harder about his story of the time John Stewart called Carbon, “the slut of the periodic table”. When a scientist is fronting a keynote like this at SXSW, we’re in for a very exciting future.

In terms of trends, one interesting aspect is how mainstream brands are getting into the act at SXSW like never before. While along the domain of more tech oriented brands, and product launches, this year, we experienced insanely large activations from very mainstream low-tech brands like Subway, Oreo, Chevy, and even the blessed X-Acto knife. To be fair, Subway, unveiled a pretty funny tongue in cheek series of “eatovations” that included wearable technology embedded in track pants that help you walk to the nearest Subway. I bet Jared wished these had been invented many years ago. 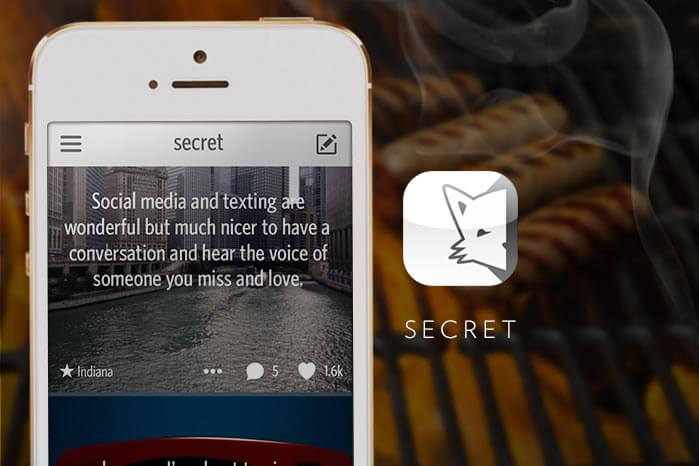 Yes, there has been some buzz about Secret, a social networking app where you can anonymously share your thoughts with your friends and your friends’ friends.

This was my fifth SXSW in a row and unlike previous years, there’s not necessarily been that breakout or runaway hit app that has been the talk of the festival. Yes, there has been some buzz about Secret, a social networking app where you can anonymously share your thoughts with your friends and your friends’ friends. Perhaps this is a reaction to our dwindling hold on privacy.

As my final moments of SXSW dwindle, and Lady Gaga takes the stage somewhere on the other side of town, I sit at the Austin airport typing with one hand and shovelling Texas BBQ Brisket into my mouth with the other. Sure this years “South By” had more rain, more line ups, and more missed panels, but it’s also the place where the global community that makes the internet go meet up and talk about amazing ideas and what’s coming next.  See you next year, SXSW, and yes I got BBQ Sauce on my keyboard, but I don’t care.

These words are by Sandy Fleischer