Welcome to Talk Nerdy To Me, a series of fireside Slack-Chats where Pound & Grain’s resident tech geniuses explain complex development systems and best practices to a creative person. Today, you’re going to get a special edition (exciting!) meet and greet with our new Tech Director, Wolfgang Botkin.

MICHELLE – I have to ask, where does your name come from?

WOLFGANG – My mom’s side of the family is Germanic Ukrainian. And my mom is a bit of a free spirit, so instead of naming me something normal, she hopped the shark and went with Wolfgang.

MICHELLE – What kept you busy before you joined P&G?

WOLFGANG – Well the six weeks previous I was doing a bit of travelling and home renos. Those six weeks just flew by. I have only just recently gotten all the dry wall dust out of my clothing. And before that break I was the CTO at a software company called CineCoup for nine years.

MICHELLE – Can you tell us a little about your new role at P&G?

WOLFGANG – The official title is Tech Director, but I feel that gives a misleading impression that I’ll be running around dictating all sorts of new technology directives. Personally, I think that, especially for the first few months, my role will be primarily collaboration with the stakeholders to identify and smooth out any technical issues to get the job done. This last decade of experience has taught me that a surprising amount of this job is just getting the tech leads the correct information and concerns for them to make the right decision. 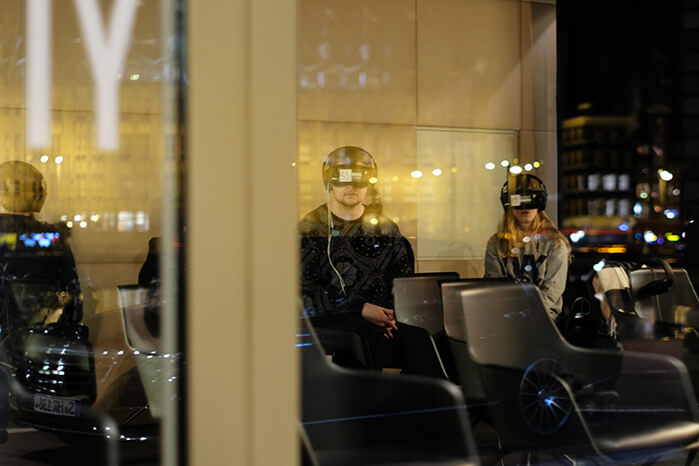 "What tech opportunities are you most excited about?"

MICHELLE –  What tech opportunities are you most excited about?

WOLFGANG – Self-driving cars. I personally like to cycle everywhere I can, so the fewer people driving cars on the road the better. Hopefully, it will also allow us to change our cities to be less structured around the needs of cars.

Second to self-driving cars I’m excited by Virtual and Augmented reality. Someone is going to figure out how to do it right and then we are going to feel like cavemen looking at a colour T.V.

MICHELLE – What are your greatest ‘tech’ passions? (Feel free to nerd out!)

WOLFGANG – I am a super big fan of localization enabled by technology. Things like renewable energy, vertical farming, vertical ocean farming, non-oil-based transportation systems, etc. I see these types of technologies as a solution to many of our current and upcoming problems. And, the Raspberry Pi of course. I think that it is such an amazing little tool that teaches you so much about how technology works. And the communities of people are amazing, there doesn’t seem to be anything they can’t do.

MICHELLE – What are your favourite websites?

WOLFGANG – I find Reddit super helpful if you are careful with it. You can find some very specific communities to find the answers you need. I also like the collaboration in the more helpful communities, but it is also a double-edged sword in that you can easily get led astray and end up watching cat gifs for an hour (I’ve never done that…. Honest).

MICHELLE – Who inspires you?

WOLFGANG – A lot of my friends are raising kids right now and it amazes me how they can keep it altogether. And their children are amazingly cool (except for one, he is a biter). So, I usually feel like I could be doing a bit more when I hear about all that they have done by 10am on a Saturday morning.

MICHELLE – Do you have a guilty tech habit?

WOLFGANG – Fighting the battle to try and not be “connected” all the time. Before this job I didn’t have data on my phone. I also wear an analog watch, so I can check the time without looking at my phone and risk getting sucked into checking my email, but my worst guilty habit is going down an Internet rabbit hole for extended periods. And that can be anything, especially if I haven’t heard about it before. You want to talk about reintroducing Komodo Dragons to Australia? I went on a three-hour Internet session and learned way too much about them. 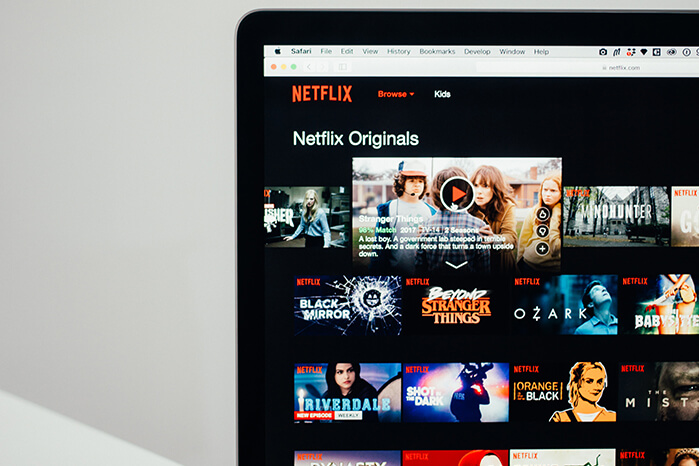 "What are you currently watching on Netflix?"

MICHELLE – What are you currently watching on Netflix?

WOLFGANG – Well, we just finished “Punisher” and “Altered Carbon.” Currently, we have “Stranger Things” and “The Defenders” queued up. And I am about 30% through ALL the stand-up comedy specials.

MICHELLE – What’s the coolest thing you’ve ever worked on?

WOLFGANG – There have been a lot of cool things, but I think what stands out, as the craziest/coolest is the London Drugs XP wizard photo cart. Windows XP had a feature where you could right click on an image, or image folder, and “order prints online” right from inside the file browser. This was before AJAX and any JavaScript cropping functions (think 2001).

London Drugs asked for a “photo cart system with user image cropping” to be done in six weeks. When I said yes to the ask, I didn’t know you couldn’t really do image cropping in JavaScript. So, I created a masking system that made it look like you were cropping the image. I also kludged together an Ajax type system to communicate with our servers (we weren’t allowed page reloads). We also rolled an entire spoke and hub digital delivery system to run the fulfilment of the images.

The whole thing was crazy innovative and held together with spit when we launched it. And it ended up launching the company storefront.com. The biggest compliment was when BestBuy and Future Shop put their XP wizards up a few months later; they had just straight ripped off our image cropping code. They didn’t even change the filenames or a single line of code. It was also nice to be able to show people stuff that I worked on running on their computer.

MICHELLE – What’s your secret talent that no one knows about?

WOLFGANG – That is going to stay a secret.

MICHELLE – Which technology-related blogs, podcasts, tweets or websites do you follow?

WOLFGANG – I try not to just surf new technology. I like there to be a requirement before I start investing my time digging into something. There is far too much “tech” and “cool stuff” out there that one can easily get distracted by (did I tell you about the Komodo Dragons?). So, I try to stay focused on my specific interest, or work related. And after years of doing social analytics, I pretty much try to keep to myself online. I do the obligatory Facebook thing to keep in touch with friends and family not in Vancouver, otherwise I’m pretty dark online.

MICHELLE – What are your favourite and least favourite technology products, and why?

MICHELLE – What do you do when you get stuck with a problem you can’t solve?

WOLFGANG – I am a big believer in subconscious problem solving. So, I will fill my head with as many details about the problem as possible (sometimes even talking to myself). Then I do something else to let my brain digest it. In most cases the solution will present itself within the hour. If that doesn’t work, I’ll pull over someone to talk to about the problem. If all that doesn’t work, then the solution will probably come to me in the shower that night.

MICHELLE – What do you think the next ‘big thing’ is?

WOLFGANG – Automated vehicles are going to have a huge impact on society very soon. Renewable energy technologies are also a big game changer that is just starting, but the dark horse might be de-centralized crypto currencies.

Wherever this dynamic digital world takes us, we’re obviously in great hands with Wolf at the helm. If you have any tech questions please don’t hesitate to reach out!