What time is it? Weekly Wins time!

Ever heard of a micro amusement park? What about a PIX Backpack? You’ve probably also never heard of Insta Novels or The Hope Gap. Lucky for you, we’re highlighting all these things in today’s Weekly Wins! Read on to stay up to date on what’s going on in the world of digital, and learn something new so you sound really smart and impress your friends this weekend. You’re welcome. 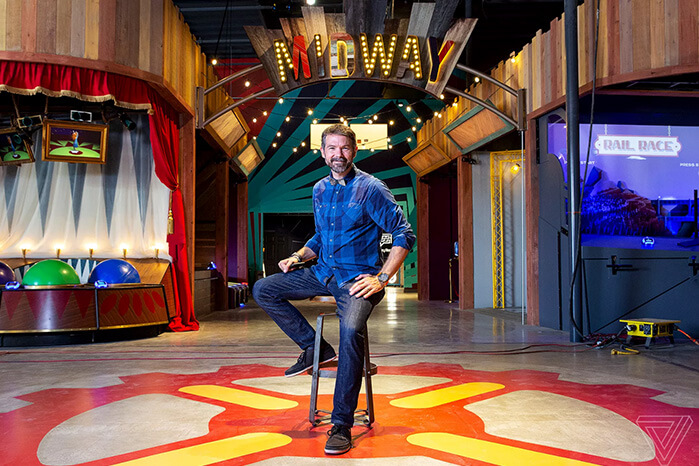 If you love gaming, interactive stories, and digital play, you’re going to love what’s going on in a warehouse in LA. Introducing, Two Bit Circus. Created by an innovative company by the same name, Two Bit Circus is being called a 21st century carnival. Take everything you think you know about carnivals – balloon darts, ring toss, games that don’t quite work right, and deep fried everything – and turn it on it’s head, giving it a futuristic, Ready-Player One-like spin.

CEO and co-founder Brent Bushnell, the son of Chuck E. Cheese founder Nolan Bushnell, believes this new venture has huge potential. “From a design standpoint, we really thought about carnival, and circus, and classic 80’s,” he shared. “But fundamentally, the connective tissue is social. This is about making new friends or reconnecting with old ones.”

Part arcade, part VR hub, part escape room, part midway with a high-tech twist, Two Bit Circus is calling their attraction a micro amusement park, and Bushnell hopes for it to be seen as more than just a collection of games. Two Bit Circus wants to become “a living, breathing world that’s tied together through communal gameplay, secret quests, and live actors.” Check out The Verge’s deep dive into this wild new space here. 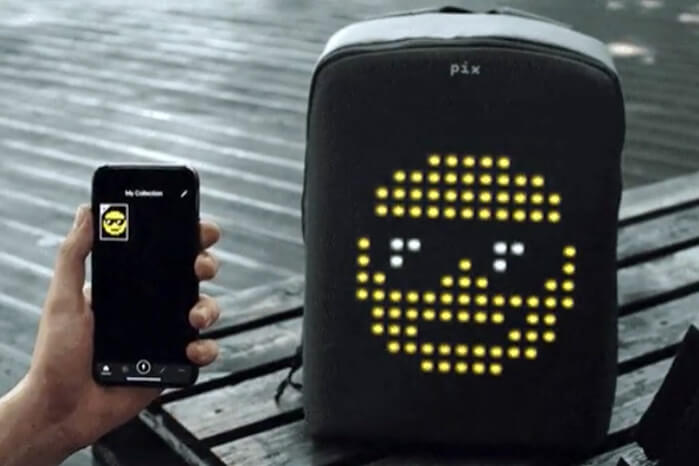 Hate it or love it?

2. Talk About a Diverse Target!

What is something that both kids, cyclists, and ravers would love? A smart, animative backpack, apparently. According to startup PIX, the creators of a new Kickstarter called the PIX Backpack, their backpack can do a lot. After downloading the app and connecting the backpack to your smart phone, PIX can display pictures, animations, emojis, and even playable 8-bit games like Tetris and Snake.

With a starting price of $199, we’re not sure how many parents will be picking up a PIX for the back-to-school season, but party people looking to make a statement at their next rave might. The PIX backpack also shows promise for cyclists, where the brightly lit pack can display large arrows to alert drivers and signal turns.

Avocado toast. Dogs. Selfies. Every day, a diverse collection of Instagram Stories are uploaded, viewed, then erased, disappearing into the ether. While videos of your baby and pictures of the pizza you’re about to devour are fine, the New York Public Library thinks Instagram Stories are lacking in something really important: actual stories. They’re aiming to change this by introducing “Some of the greatest stories ever told, told on Instagram Stories.”

The NYPL has created “Insta Novels,” bringing classics like Alice in Wonderland to the masses’ smartphones. The full text of popular favourites will be displayed through multiple, chronological frames, along with some simple animated graphics to make it more fun. More novels plan to be released in the coming months.

4. Tell Me Something Good

In a digital age, we are constantly being served information, surrounded by more news than ever before. More often than not, that news is full of troubling stories, making the world we live in today seem perpetually gloomy. Called “The Hope Gap,” we tend to focus on the problem, rather than a solution, which only causes more stress.

In comes Google to the rescue. Google’s latest initiative, called “Tell Me Something Good,” is focused on encouraging people to do more good in the world by sharing the good that is already going on around us. The way they see it, “Good news is happening every day. We just don’t always hear about it.” So, by simply asking your Google Assistant, “Hey Google, tell me something good.” you’ll be served encouraging news stories where real problems are being solved by real people. Thanks, Google! 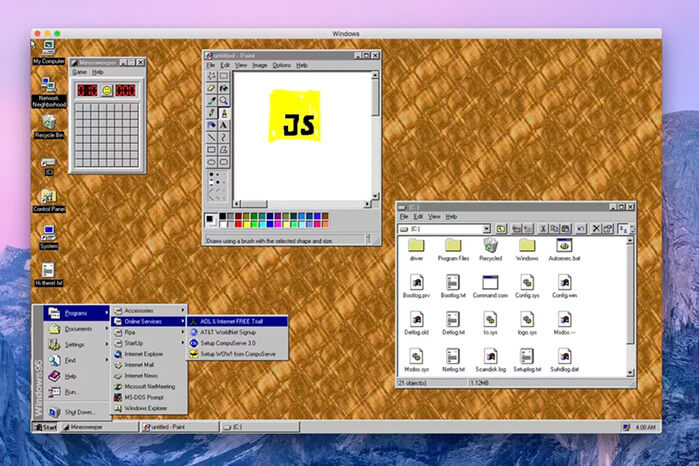 The nostalgia is real!

In our latest Version Control podcast, we talked all about nostalgia and how something as simple as this sound can give you bittersweet, longing-for-the-good-ol’-days feels. Well, to the delight of many, a developer has recognized the power of nostalgia; particularly old Windows nostalgia.

You can now download Windows 95 as an app on your computer. That’s right. All your favourite classics like Wordpad, MS Paint, Solitaire, and Minesweeper can be part of your life once again. At only 129MB in size, and using up only about 200MB of RAM, it’s definitely worth the download. Enjoy memory lane!