Apple announces the smart speaker HomePod at WWDC and Project Wing is Google’s initiative to create an air traffic control system for drones. Scientists have created a drone backpack for dragonflies and researchers are studying how VR can decrease a person’s fear of death. Oh, and you can now buy a pair of super rare Apple sneakers. Starting bid is only 15K. Check it out below!

WWDC is on and Apple finally announced the smart speaker HomePod, a competitor to Google Home and Amazon Echo. Voiced by Siri and equipped with six microphones to detect your voice from multiple directions, the HomePod can do things like access your full Apple Music library and play songs or playlists and answer questions about the weather or traffic. The HomePod can also send iMessages and control all your HomeKit smart home devices. It’s almost like having a new roommate! Hey, Siri. Can you do this dishes? No? Worth a shot.

Although Siri’s capabilities aren’t as developed as it’s competitors, Apple plans to make up for this with excellent sound quality. Apple shared that the HomePod is outfitted with a “seven beam-forming tweeter array,” “precision acoustic horns,” “directional control,” and “virtual surround sound.” Nobody really knows what these things are, but it’s basically just Apple-talk for “it’s going to sound great.” 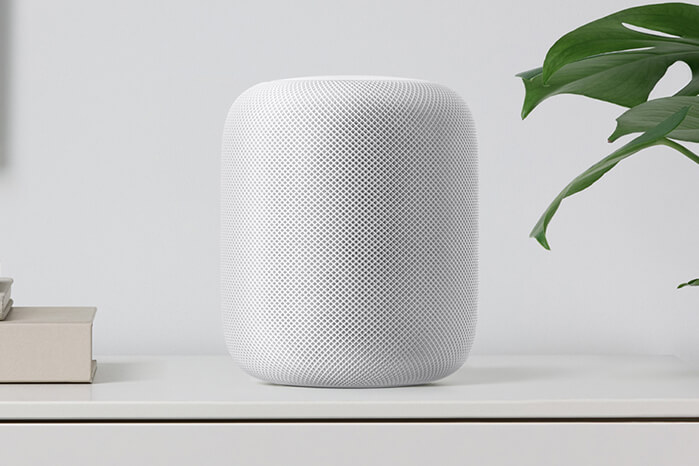 It’s only a matter of time until the sky is filled with drones shipping and delivering goods. But won’t all these pizza-carrying, Amazon-order-delivering drones crash into each other? Introducing, Google’s Project Wing. The company worked with NASA and the Federal Aviation Administration (FAA) to deploy a prototype drone control system to monitor and control drone air traffic.

Google contributed Google Maps and their cloud service to the initiative, helping the software to successfully manage and adjust the complicated flight paths of drones in order to avoid collisions with other UAS (unmanned aircraft systems). Project Wing’s co-lead James Burgess shared, “This is an important step that paves the way to a future where many UAS operators can fly safely together. It also makes it possible for a single operator — a person or organization —  to fly multiple aircraft simultaneously.” Drone air traffic control is still in its first stages of development, but with Project Wing… We have liftoff!

DragonflEye is a hybrid drone that uses genetically modified dragonflies to fly. Created by researchers at Draper and Howard Hughes Medical Institute, the system looks like a backpack for dragonflies with sensors and solar power sources. It combines miniature navigation, synthetic biology and neurotechnology to guide dragonflies and control their movements.

Biomedical engineer Jesse J. Wheeler shared, “DragonflEye is a totally new kind of micro-aerial vehicle that’s smaller, lighter and stealthier than anything else that’s manmade.” The DragonflEye “pushes the boundaries of energy harvesting, motion sensing, algorithms, miniaturization and optogenetics.” What does this mean? Basically, the cyborg dragonfly is super cool and yet another example of the incredible advancements in technology occurring all around us. Wheeler explains, “Someday these same tools could advance medical treatments in humans.” 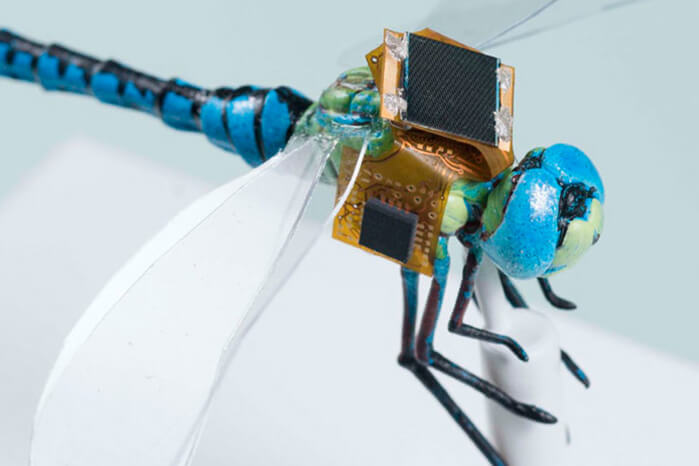 A virtual reality simulation known as “the full body ownership illusion” allows participants to assimilate to their virtual human body. The view then shifts from first person to third person to simulate an out-of-body experience and hopefully change the participant’s attitude about death. Sounds intense, but the experiment’s preliminary stages were actually quite successful in lessening the participants’ anxieties and fears about death.

Here’s a fun one. Heritage Auctions is listing white vintage Apple sneakers on E-Bay for a whopping $15,000. The 1990’s white vintage sneakers are super rare (they were only given out to select employees and never left the prototype stage) and feature the classic rainbow Apple logo. Heritage Auctions estimated the actual value to be around $30,000, which isn’t too surprising considering Apple memorabilia is known for selling at crazy prices. 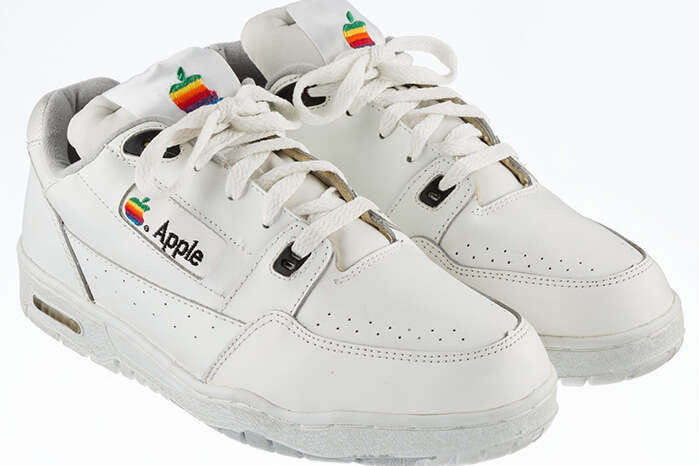 Got 15K laying around?
Ouch