What does Ms. Pac-Man, chatbots, the marimba, Google’s Gboard and Spider-Man have in common? AI, of course! This week is all about the advancements in artificial intelligence.

AI, AI and more AI. The retro video game Ms. Pac-Man has been mastered by AI and chat bots are learning how to negotiate. AI is also playing the marimba, predicting which emojis we want to use and – my spider senses are tingling – is living inside of Spider-Man? It’s the Weekly Wins! Check out all the AI goodness below.

Video games are a great tool for testing and demonstrating the advancements and capabilities of AI. In this case, the AI used Hybrid Reward Architecture, a combination of reinforcement learning and divide-and-conquer methods, to beat the game. Although AI has beat other retro Atari games, Ms. Pac-Man has remained unbeatable due to its unpredictability.

Facebook’s chatbot assistant M is learning how to negotiate on behalf of users. This advancement, accomplished by the researchers from Facebook’s FAIR lab, demonstrates the next level of chatbot cognitive skills including memorization and the ability to reason.

The AI negotiated trading goods with a human and has already produced interesting results. During a test phase, people mistook the chatbot for a human and the AI was also able to develop nuanced negotiation strategies. The hope is for corporations to use this kind of AI to maximize their advantage in negotiations. Think of it as the up and coming artificial intelligence version of Harvey Specter, just a little less handsome.

Next in AI news is Georgia Tech Center for Music Technology’s marimba-playing robot called Shimon. What is interesting about this artificially intelligent marimba machine is that Shimon used to be limited to creating music alongside a human musician. However, through the use of deep learning, the four-armed robotic musician can now generate original compositions.

Shimon uses a dataset of about five thousand songs and 2 million motifs, riffs, and other musical elements to recognize common patterns and determine which notes and melodies should come next. It is important to note that Shimon isn’t just randomly mashing pieces together to generate music. Instead, the artificial intelligence is using its deep neural network to analyze all of the musical data and represent its findings as musical compositions. The songs Shimon produces are a little strange but very impressive and completely unique. 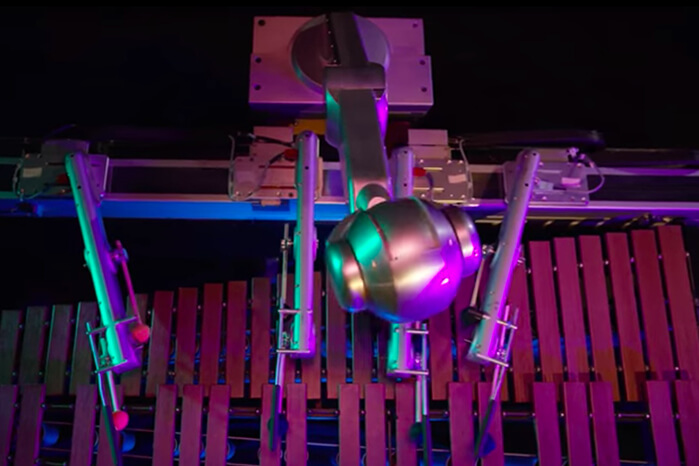 Will the next greatest hit be AI generated?

Google has advanced their Gboard touch keyboard features including using machine learning for smart typing, full phrase prediction, and the ability to search for emojis by drawing. Gboard uses a neural spatial model to better map the touch points on the screen to actual keys. This means that if you accidentally miss a letter or touch the wrong one, the AI tool will determine the correct output based on proximity and your previous typing history.

Gboard can also now predict full phrases. For example, if you type “What do you think”, the AI will suggest “about this.” Last but not least, users can now draw a quick doodle of which emoji they’re looking for and the AI will recognize your drawing and immediately pull up matching emojis. This will come in handy next time you can’t find the levitating business man emoji (yes, that exists), but you’ll need an Android to try it out until the feature is released for iOS at a later date. 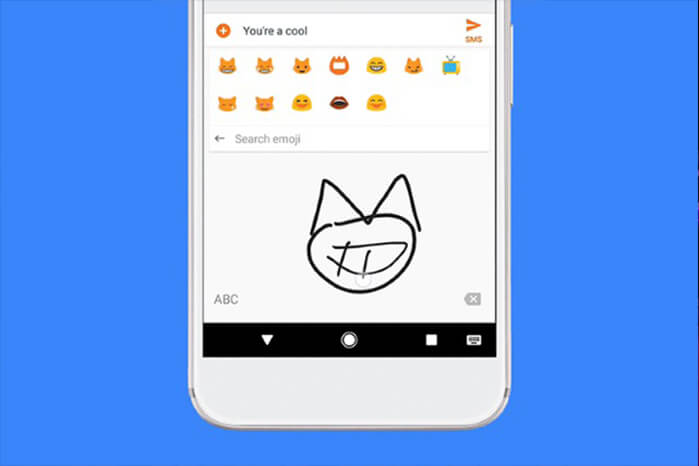 AI isn’t just for adults. Sphero released a talking Spider-Man that’s basically a simplified, kid-friendly Amazon Echo for children. The toy stands at about nine inches tall and listens to voice commands once its logo is lit up from you pressing the button on his chest. This feature, along with keeping the toy completely offline, is intended as a privacy measure.

What can Spidey do? Children can chat with him, listen to stories and jokes, and participate in battles against bad guys by choosing what to do next, similar to a “Choose Your Own Adventure” book. The Spider-Man connected toy is built with animated eyes and also connects to an accompanying app where children can unlock additional features. It may seem like more fun than anything, but this is an example of AI entering the hands of children; Children who will grow up not ever knowing a world without AI. 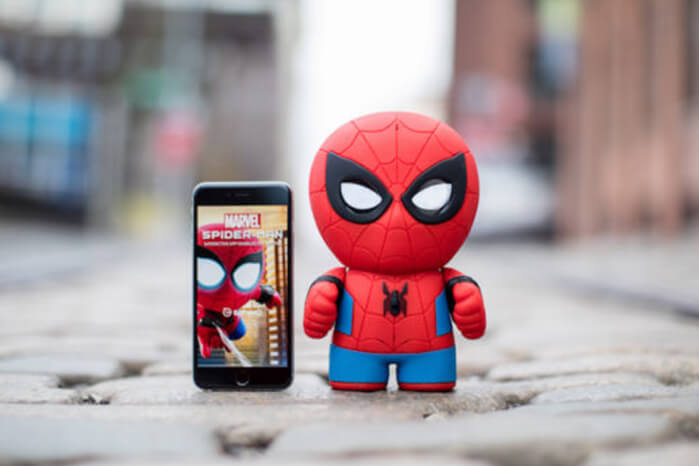