Happy Friday! We’ve got a special tag-teamed edition of the Weekly Wins for you today because, just like happy hour drinks and hot sauce on wings, the more the merrier!

So grab a cold one and jump into the weekend with a round-up of what’s new in the world of digital. 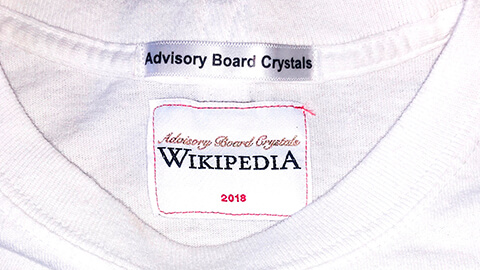 This is almost as nerd-cool as the Toronto Public Library sweater that the Drake General Store sells for 80 bucks.

The perpetually expanding fountain of user generated knowledge, Wikipedia, has teamed with Los Angeles streetwear company, Advisory Board Crystals to create a series of Wikipedia-inspired shirts.

We’re living in an era where it would be a challenge to find anyone that does not owe a debt to Wikipedia, be it for allowing you to sound super smart at a dinner party, settling an argument, or providing a perfect information rabbit hole to tumble down.

So if you love knowledge and also love looking cool, this is a no-brainer. You get to support a wonderful public service in the most fun way possible. Hold on to your credit cards though, these things are already sold out. Some ideas just nail it.

When they do come back into stock, you can pick one up for the low, low price of–you guessed it– 80 bucks.

Everyone’s favourite in-lieu-of-language response, the GIF, is getting it’s time in the spotlight.

Giphy, the Library of Alexandria of Gif repositories has teamed with website builder, Squarepace to create the world’s first Giphy Film Festival. The challenge: create an impactful Gif in 18 seconds or less.

In a world rife with gifs, the challenge of creating something original in the gif medium is no small task.

Thoughts of world gif domination are sure to be enough to entice, however.

If that isn’t enough to get filmmakers into the game, Squarespace and Giphy have sweetened the deal by throwing in a 10k top prize to the King/Queen of the Gif universe.

It’s always amazing to see the limits of innovation within the film medium tested, and good on Squarespace and Giphy for recognizing the potential for amazing art to come out of the oft disregarded gif world.

We’re eagerly awaiting to see the winner, which will undoubtedly be the Citizen Kane of gifs.

The world of digital marketing is exciting and fast paced with the constant development of new and innovative platforms. With mediums like VR and augmented reality around, emails don’t really come to mind when you think “creative marketing tactic.”

Well, in the same way that SPOILERS: everyone’s favourite regenerating degenerate changed a chubby kid’s mind about good and evil, Ryan Reynolds has changed our mind about the potential that emails have in making a positive impact for a brand.

As the actor turned owner of Aviation Gin, Reynolds’ has turned his out-of-office email replies are a creative way to advertise his gin company. They’re clever, funny, and so popular that they crashed the company’s servers after sharing his email (ryan@aviationgin.com) on national television.

Have you ever been talking about an obscure, uncommon topic with friends (like whale watching, papier mache art, or cribs), only to be served with a strangely specific Facebook ad about that exact topic later that week? Apparently, everyone on the internet has, which exploded into dozens if not hundreds of “Is Facebook Listening To Us?” theories. The short answer, no. But that still leaves users wondering how Facebook is able to target their ads so well.

Facebook has decided to be more transparent, and recently revamped its ad preference settings so users can better understand how the platform knows to send you delicious looking take-out ads when you’re hungry and gift ideas that are perfect for your friend whose birthday is just around the corner.

Everything from whether you’re in a long distance relationship or a new relationship, to your political stance and TV show preferences, to how you get to work  and beyond, there are almost 100 personal data points that Facebook uses to target ads towards you. So, Facebook may not be listening, but they sure are watching. 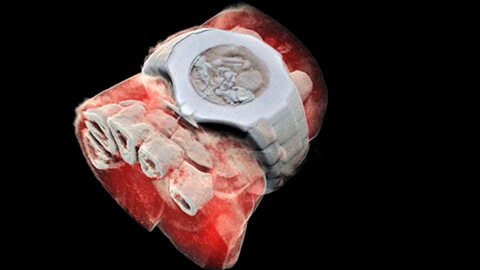 Ah, science. The holder of all things interesting, terrifying, and way beyond most folk’s understanding all at the same time. The latest innovation to come from a bunch of smarty pants in lab coats are brand new 3D CT scanners producing incredible images.

One image in particular is making its rounds online, being received by unsuspecting people scrolling through memes and dogs in food as either really cool, or really gross. That’s because the high level of detail is unlike anything most people are used to seeing. Dying to see what the innards of your extremities look like? Check it out here.