After six long days of no Weekly Wins to indulge in, everyone’s favourite dive into the digital domain is back, just in time to kick off your weekend festivities!

Selfies, old fashioned books in the digital age and more! 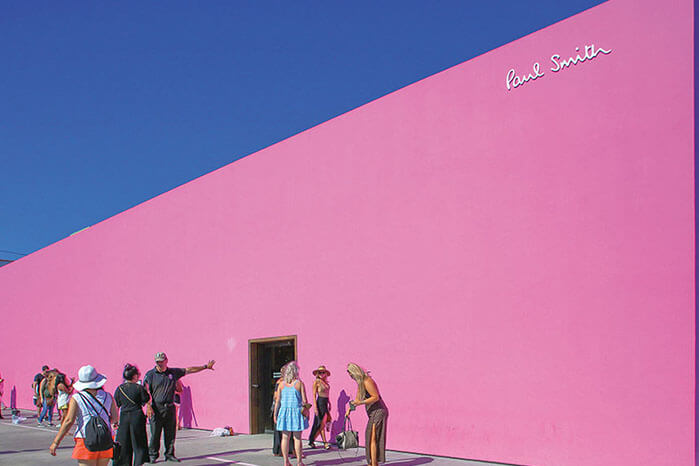 Do it for the gram!

Social media is an ever-interesting space, where love and hate converge with such seamless dynamism that the casual peruser can find themselves on a topsy-turvy emotional roller coaster with every scroll.

Are those brightly coloured facades that have taken over city centers/your social feed a fascinating phenomenon that’s adding to the beauty of our urban landscape or a physical extension of a society that’s gone shamelessly full narcissist?

This week a particularly popular selfie wall in Los Angeles was vandalized by an ‘artist’ called Thrashbird who claims to be something of a dissenter of popular social media culture.

This sparked all types of chatter on Twitter, mostly from people praising the attempted ruination of a trend that they think is silly. Just as many people were probably against the vandalism, but of course haters really shine on Twitter so the majority of sentiment seemed to echo happiness that the selfie wall was no more.

In a measure of true irony, the vandal later posted some Instagram stories angrily stating that he wasn’t getting enough credit for his ‘work’.

Which is it, man? Are you trying to bring down the establishment or be a part of it?

It appears that even the haters can’t escape the drive to capture a bit of quick validation from some likes. 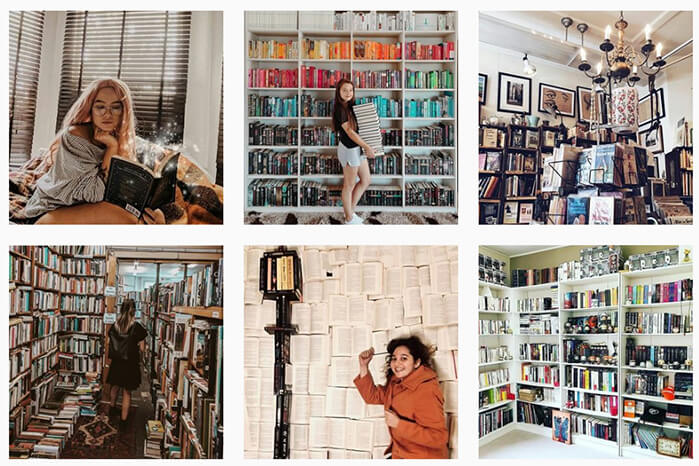 For the love of books

The war of the worlds continues!

Many a digital neophyte has wondered how the modern era can be made to compliment the tactile world.

This is, arguably, the root of the #bookstagram community, that leads the social media charge on promoting both great reading material and the simple act of reading books, which, for digital native Gen Z may be a boring proposition.

Instagram’s nature will not be denied, however, and the Bookstagram movement has given rise to artists that have taken to creatively presenting their trophy-ized book collections to create portrait style impressions, using themselves as the lead models.

How many of these books have the #bookstagrammer influencers actually read? Who knows! Does it matter? They sure do look like they’re having fun lounging on piles of books.

“Hey, whatever gets ‘em reading,” says the world’s teachers and parents with a shrug.

3. Our Stories For All

Snapchat is still at it! People tease the social media app for following behind Instagram and being “on its way out,” but the Snap team is still innovating, convinced that their yellow and white ghost still has a chance at existing within the social sphere.

The latest update is taking an old feature and making it new by simply giving more people access to it. Snapchat has been using the “Our Stories” feature internally for a while, now, letting the team access and use public content shared to the Snapchat platform in all kinds of ways. As of a couple of days ago, though, official Snapchat publishers like Refinery 29 and the Daily Mail will now be able to easily access the archives of uploaded content and create “Our Stories” of their own for use within the app, on their own websites, and beyond. Hooray for user generated content!

Facebook’s AI system is called Rosetta, and they’re working on developing its ability to “understand text in images and videos with machine learning.” Robots reading and understanding the minutia of meme culture is one thing, but when robots start creating memes, that’s when it will really get interesting. 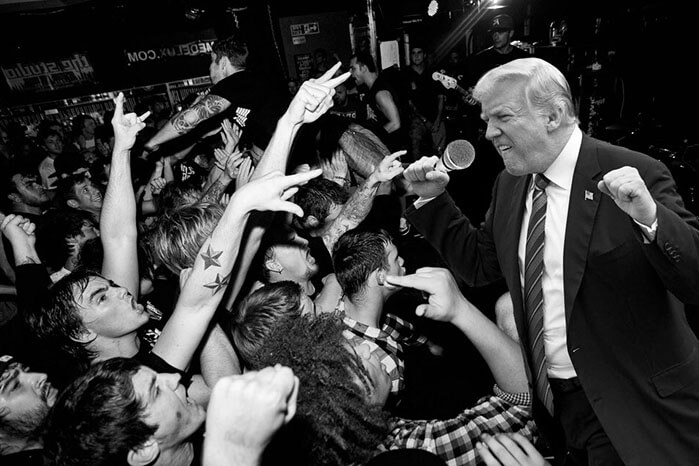 Rock on, Trump, rock on

If you haven’t already heard, the president of the United States of America did something cringe worthy (yes, again). On the National Day of Service and Remembrance this week, Donald Trump performed an odd (but perfectly in-character) double fist pump to greet supporters. Fitting for Trump, not so fitting for 9/11 Day.