What a week! The digital world broke through borders and brands kept delivering. We look at a dating app for America and Canada (cause, why not?), buying spectacles from bots, Europe’s love for VR, disappearing interfaces, and Instagram additions.

Take a breath, enjoy Remembrance Day and enjoy this week’s edition of the Weekly Wins.

A great article by 3tags was published this week looking at designing for disappearing interfaces. According to the article the Internet becomes something that’s omnipresent – part of our environment. We’re looking at a borderless digital experience. A world where the Internet colours beyond the lines of hardware. Making interfaces more and more like experiences.

I will answer very simply, that the internet will disappear…It will be part of your presence all the time.

2. Buy Spectacles from a bot

For those of you sitting on the edge of your seat waiting to upgrade from selfie to GoPro-esque photographer, the Snapchat Spectacles have landed. But you might have to go on a hunt for one of their interactive vending machines call Snapbots to get one. It’s the only place you’ll find them for now, retailing at $129 (plus tax). If you’re not living in the States it might be time to start sweet-talking your friends who do.

According to a VentureBeat article, Europe’s VR community has doubled over the past year. In the space of a year the community has grown from 17,000 members to 38,000 members. However, the landscape there is becoming more and more fragmented due to language and vast cultural differences. To avoid these issues the leaders of VR in the EU sat down, stirred the pot and forged a path where they can grow and learn instead of compete and diminish.

Meet Maple Match, a dating app that connects Americans with Canadians. Trump is now the president of the USA and rumor has it Americans are looking to flee. This wonderful little app creates an opportunity for romance in a time of panic (for some). It’s a Tinder-style app that will probably make the authorities a little mad. While nobody really wants to bring up the elections Media Village have given the world pieces of marketing gold we could find some value in. 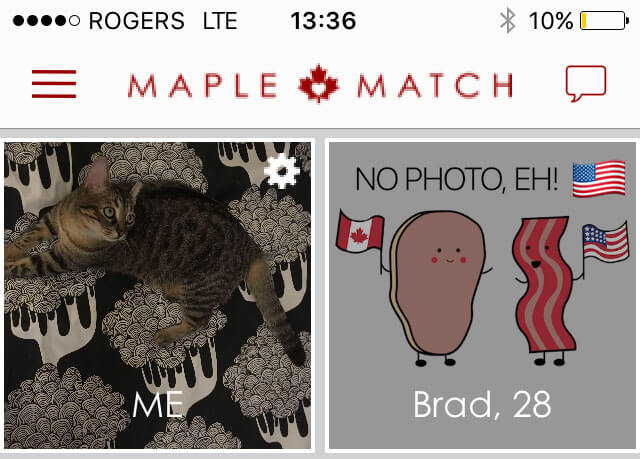 Swiping on passports instead of selfies might be the way of the future, let’s hope not.

While the world is in a political whirlwind Instagram continues to get more useful. TechCrunch covered the updates in an article this week. Apparently creators can now add URL links, tag friends and create Boomerangs in stories. At the moment the link addition is only available for certain creators, but you can start tagging and Boomeranging to your heart’s content.