It’s been a short week but it was jam-packed with goodness. Here’s your roundup:

A shift in Instagram culture, podcast wars, Google drones and more in for the latest edition of the Weekly Wins.

1. The Changing Face of Influencers

Influencer aesthetic has hit mass saturation and the heavily curated posts that make life look like but a dream is being steamrolled by a new generation of influencer that adds a touch of grit to their look.

Influencers with over 100k followers in 2018 are seeing a steady decline in acolytes. Colourful walls and fancy food are simply not enough to capture attention anymore. Instagram Museums have popped up that let the average joe capture pics with influencer-worthy backdrops. And with that, Influencer exclusivity has bitten the dust. Anyone can do it.

Moreover, that cat’s out of the bag. Everyone knows that pre-planned, colourful photos take a tonne of work when every influencer is doing their best to make it look like exactly the opposite.

The new school leans into their lack of effort. They don’t pre-plan, they don’t touch up, they don’t stage. They let their true personalities shine. In other words, they act like normal, average people.

How they’ve managed to gain six-figure followers while acting like normal people is anyone’s guess (and any brand’s guess). The best answer is that audiences respond really well to perceived authenticity.

In the media-scape, podcasts are still the wild west. Companies are doing their best to wrangle cash out of the burgeoning popularity of the medium though, of course.

This week a Netflix-esque podcast streaming app called Luminary staggered out of the gate. The $100 million startup plans to do away with the time-honoured podcast model of ad-based revenue, banking on the public’s seemingly insatiable appetite for podcast content and familiarity with ad-free platforms launch Luminary into daily use status for the content-hungry public.

They may have banked wrong. To announce the launch, Luminary tweeted an image of a bunny holding a sign that says ‘podcasts don’t need ads’. The backlash was swift and brutal. It seems that listeners are more ok than ads than they are with more subscriptions. Added to the damage is that Spotify isn’t open to releasing rights to some it’s most popular shows to be used on Luminary means that the ‘Netflix for podcasts’ has an uphill battle to fight before it will be as respected as the real Netflix. 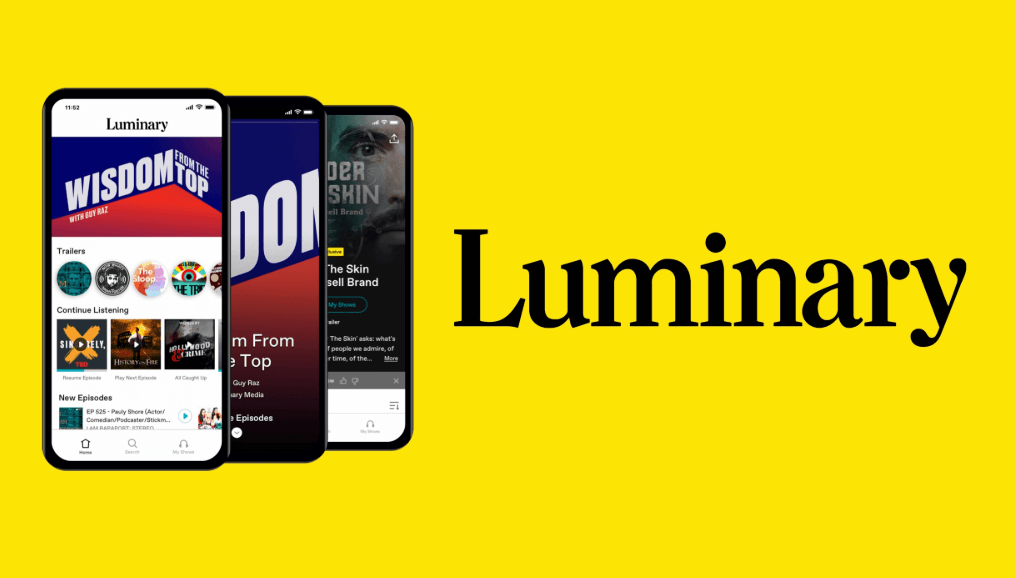 Like a proverbial Lazarus that’s risen from the dead, Snap is clawing its out of social media purgatory.

Snap has seen a recent uptick in users. A 2.2% uptick to be exact, from 186 to 191 million daily users. Snap is quick to point out that they have at least one cohort cornered: 75% or all American 13-15 year olds are daily users of the app.

It seems that Snap, once seen as an app in that was sounding its death knell, may climb its way back into the inner circle of social media heavyweights.

A few years ago Instagram offered users a feature that allowed users to poll their friends in stories. This week the platform rolled out an expanded version of the poll. Users can now quiz their friends with multiple options to choose from and an ultimate correct answer.

Much like the poll feature, this feature can be used in multi-faceted ways, from staving off boredom to testing audience response to product rollouts or brand updates. Need it? Want it? Have to have it? Learn how to use the new Instagram quiz stickers here. 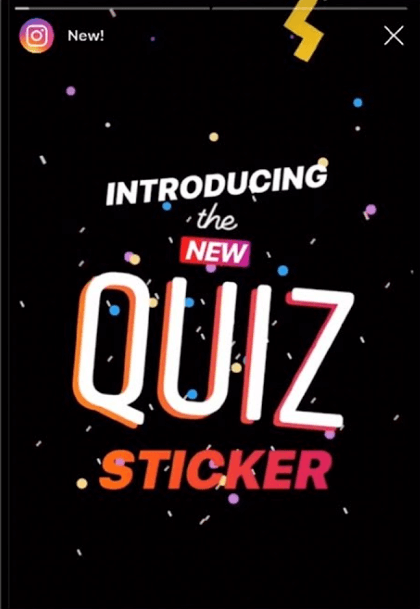 Since the very inception of the Weekly Wins, we have been talking about package-delivering drones. It seems that the day has finally arrived, for rural Virginia at least courtesy of Alphabet’s Wing. That’s right, Virginian farmers get to have their pizza air-dropped to them before we do.

Alphabet, Google’s holding company, has proven that its drones are safer for pedestrians than cars are. It will begin drone delivering food and medicine to customers within months. Residents in the Australian test city of Canberra have given the drones rave reviews aside from the noise that they make. We say that cities are noisy as it is. What’s a little more noise gonna change? If that is the cost of air snacks then surely we, as a society are willing to pay it.