Friday time! Go ahead and cast off the shackles of workin’ life and take a few days to enjoy your weekend freedom. What better way to kick it off than with a quick recap of the week’s digital highlights?

No Frills, Google and yes, a little bit more Musk to satiate your vigorous news appetite.

In an incredible example of the grassroots power of social media, it appears that an Instagram account has made No Frills cool. A scant time ago that would have seemed unlikely bordering on impossible. The blank faced, true-to-its-name budget grocery store was known more for its dedication to cut-rate costs more than its coolness clout.

Without even trying, No Frills has become the champion of the underclass: the hard-working, frugal 99% that can only imagine what it’s like to pack the trunk of their SUV with a load of Whole Foods purchases.

This appears to be single-handedly the inadvertent work of one instagram account: Parkdale Life. Devoted to all of the idiosyncratic antics of the residents of one of Toronto’s most colourful neighbourhoods. Parkdale Life latched onto No Frills as the lynchpin of Parkdale, like the neighbourhood’s life-spring that keeps its people fed.

Parkdale Life’s interest in No Frills as a low-income lifestyle staple took a practical turn when it began producing swag with all of the proceeds to the neighbourhood food drive. The creator(s) of Parkdale Life has preferred to remain altruistic and anonymous but the swag campaigns took off and evidently No frills (or more specifically its parent brand Loblaws) has evidently taken notice.

Notice, in this case, has translated into launching a clothing line with particularly millennial branding and a decidedly cool kid look. The line was announced in a pairing with an undeniably awesome promo video that should serve to blast away any previously held notion of No Frills as a brand.

Parkdale Life, for their part don’t seem to love it.

The lesson: in case you didn’t know it already, Instagram is a powerful tool when used well.

Devices talk to us all the time these days. The prevalence of digital assistants have eased us into a world filled with disembodied digital voices. More often than not they have comforting but flat and impersonal voices.

Google’s latest reveal at their I/O conference may have proved that wrong.

Can you tell if you’re talking to a human or a robot over the phone? If it’s a robot calling (for some reason) you would assume that it would have little tells that would give it away. Like the halting, granulated tone that we normally associate with the robot voice of movies. Or, maybe it would have the bored librarian voice of SIRI. The Google demo a digital voice that was far more HER than it was SIRI.

The new feature, called Duplex, sounds so realistic that it adds some particularly human inflections, like ummms and ahhhs that would signify that it’s taking a moment to make decisions.

Of course it’s not making any decisions. Of course, it knows exactly what it wants. In this case it wants to make dinner reservations for you.

The question remains, is it terrifying that AI is unrecognizable? Or are we so used to talking to digital assistants that we’ve hit a new level of integration wherein it doesn’t really matter if it’s a human that we’re talking to or not?

3. Life Through a Lens

Get ready for a world in which no question need go unanswered. If you thought that you already lived in that world, you haven’t seen the new and improved Google Lens.

Expanding on past attempts at integrating the same technology into everyday use (including the infamous Google Glass) the new Google Lens reportedly dazzled at Google I/O.

Here’s the gist: point Google Glass at something and let it give you a wealth of information about that object. How do you google what type of tree you’re looking at if you don’t know the name of the tree? Google Lens fills in the blanks, operating on the basis of visuals alone.

How it will change the consumer experience is yet to be seen. Imagine aiming the lens at a pair of sweet sneaks that you like and letting Google Lens give you a list of purchasing options for them.
Of course, if you’re the type of person that has a hot style get ready for admirers coming at you with their Google Lens.

You can take it as a compliment.

It’s odd for the cause of a problem to want to be the solution to the problem. It’s like if red meat was worried about your cholesterol levels or beer thought that maybe you were imbibing a little too much. Google has recently unveiled a series of tools that will ensure your digital well being that feel pretty much like a problem trying to be a solution.

Maybe that’s not totally fair. Google didn’t make us addicted to the internet. The awesomeness of the internet did that.

Google wants to dig into a concept called JOMO or the joy of missing out and it’s developed features such as Dashboard and Wind Down to help you stay happy while you’re disconnected.
Google well-being measures may be a carefully aimed PR move but the altruism is welcome in an era when platforms are known more for using their data to covertly manipulate you into loving them more than you already do. 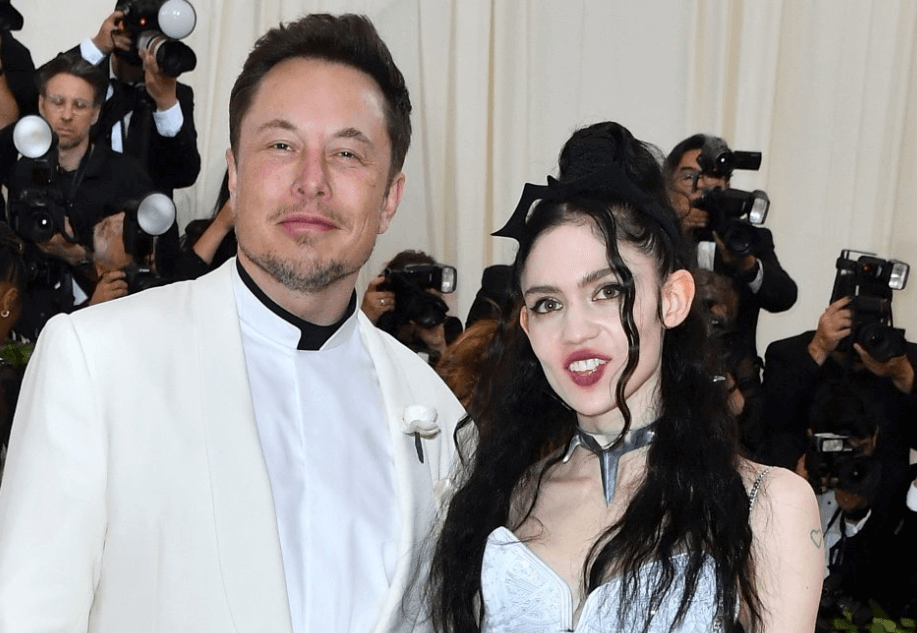 Love is a many splendored thing!

Add that to the weird and wonderful world of celebrity social circles and you have room for some outlandish pairings. Of course, the internet loves nothing more than a fun distraction and nothing is more fun than odd pairs. In the history of odd pairs, there has never been an odder pairing than that of Grimes and Elon Musk. True to form, the internet couldn’t get enough for a minute or two.

Why is this something that you should care about? Because it’s Friday and you’ve worked hard all week, you deserve a distraction!

You should cut loose and listen to Visions while driving a Tesla. Go ahead and try to name a better way to spend the weekend.