The long weekend is here! Before you dive into three days of soaking up what’s left of the summer sun, check out these Weekly Wins.

What is Primitive Tech? What does Twitter have to learn from Instagram? How will Faceboook Watch perform now that it’s been rolled out globally? Learn the answers to these questions and more below. 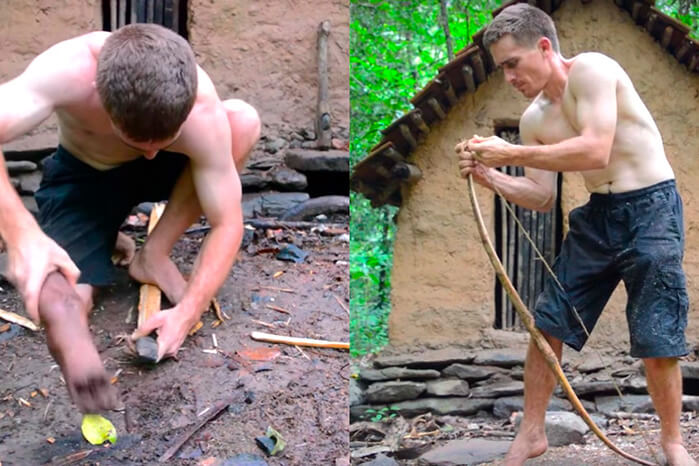 Can someone get this guy a chainsaw?

Sometimes, against all odds, a glorious melding of items occurs to create something that is wholly new and, if luck is on our side, wholly amazing. Examples of pure successes in this realm include peanut butter and jam and chocolate and milk.

Enter primitive tech videos, one of many curios that the internet serves us on a silver platter on the regular. The premise is simple. A person sets up some modern tech to film themselves performing tasks with caveman era tech.

What is the appeal, you may ask?

According to one psychologist that was queried just that, the answer is multi-layered but the gist is this: most of us like the idea of activity but don’t actually want to engage in all that much activity, and in these uncertain times self-sufficiency is appealing .

So get comfy, kick you feet up and enjoy watching a guy build a mud hut. You’ll undoubtedly enjoy that it’s not you doing the work and maybe you’ll even learn a few things that could come in handy if this whole modern society thing goes sideways.
If you want to jump ahead a millenia or so from caveman tech to get a sense of how our big brains have spurred our progress, you could start here.

For years the little blue badge on an Instagram account was more than just a marker to indicate the authenticity of the celeb behind the account, it was a status symbol. No verification badge? Well they can’t be that popular and cool in that case….

In fact, the badges have proven so difficult to attain and so necessary for survival in the cut-throat world of influencers that a thriving black market emerged in which social strivers would pay clandestine parties to work some wily ways and get them the much sought after badge through illicit means.

The badge can be the difference between gaining the brand attention necessary to actually make a living in the influencer game and just posting as a hobby, so the demand may be justified.

Whereas Instagram did all of the verifying on their own in the past, this week Instagram opened up a verification application to any old average joe. Before you get your apps in though, you should know that Instagram will be judging you based on, “authenticity, uniqueness, completeness and notability.”

So if you don’t have those things (as well as being a well-known, highly searched for person, brand or entity) sorry but you need not apply.
Now if only Twitter could figure it out… 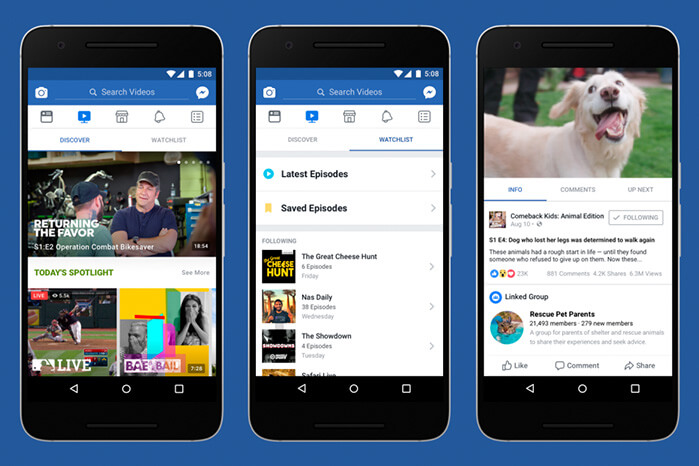 3. Watch Gets With It

Facebook is diving head first into the video streaming game.

Though it’s been available for a full year now in the US, Facebook Watch is preparing for a worldwide rollout with aims to challenge industry leaders like Netflix and Youtube.

So what is Facebook Watch bringing to the table that we couldn’t just get from the erstwhile favourites?

Aside from original content, the answer is interactivity. Creators can add polls, quizzes and engage directly with their audience–something that audiences accustomed to the likes of Snap, Instagram, Music.aly and more take for granted in their viewing experience.

Will the the international rollout of Facebook Watch change this? Yet to be seen but it will need to kick things up a notch and offer something novel if they want to attract audiences away from their current platform of choice. 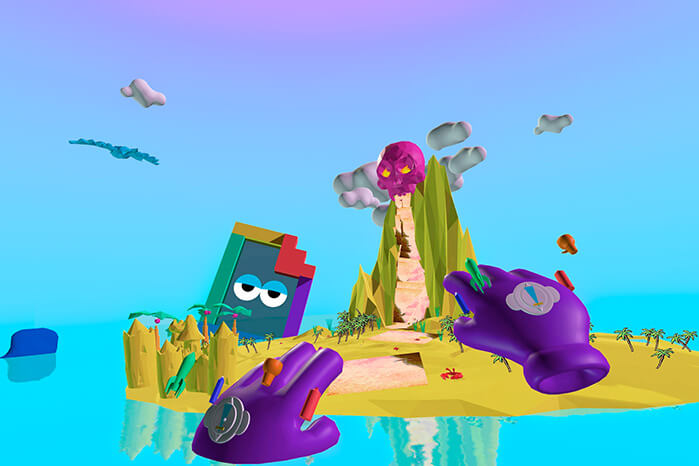 Everybody loves GIFs. It’s how we relive our favourite moments of hilarity, joy, and pop culture references on infinite loop. And now you can experience them in virtual reality. Step into GIPHY World, an interactive experience where players can create, destroy and explore thousands of GIFs in 3D. Developed by Plantera, the same creators who gave us the Museum of GIF Art, GIPHY World is a free app that, at first look, may have you wondering, “Why?” but after a few moments of play will leave you mesmerized by the wacky GIF-filled worlds you can create.

According to Upload VR, it’s kind of like Tilt Brush mixed with memes; a virtual playground where players can search through Giphy’s vast library of animated internet goodies and, in VR, decorate the world around them with GIFs. It’s wild, weird, and wonderful.

Apple sheep, come forth. Your favourite tech company is gearing up for their upcoming event on September 12th at the Steve Jobs Theatre in Cupertino. Invites featuring a bronze circle were sent out asking guests to “gather round,” most likely intended as a reference to the new Apple Park campus where the event will take place.

Expected announcements include new iPhones and the (apparently highly anticipated) Apple Watch Series 4, complete with a thinner build and larger display. As per usual, the new iPhone is expected to be an upgraded copycat of the latest, just more “bigger and better” than before. Will Apple’s strange system for naming iPhones continue? You bet.

Since the latest iPhone was called the iPhone X, that means the upgraded version would be the iPhone XS. Although the X means “10,” iPhone XS reads a lot like iPhone “Extra-Small.” Huh.