July 3: Rainbow Filters & the Rise of the Robots

This week was dominated by AI. Maybe it’s the influence of Ex Machina or AMC’s Humans, or even Terminator Genisys, but we can’t stop thinking about what will happen when Skynet goes live and the uprising starts.

Maybe we can just toss a bunch of towels at the robots and watch them fumble in confusion. No matter what happens, it sure is fun to think about! Some other cool digital and marketing news happened too. Check it all out here, in our Weekly Wins!

It is tough to say if AI is the most interesting thing that you can read about or if it’s the most terrifying. This week in the world of AI a robot went head to head with a seasoned newsman, Scott Horsly to craft a story based on given info about breakfast restaurant, Denny’s. He manhandled (poor word choice?) Horsly on the time front: two minutes to seven to complete the article. What the robo-writer created though was a bland and soulless piece that relayed the information in an appropriate manner, but that’s about it.

Horsly’s piece shared a bit of humour and some clever turns of phrase and was the clear style winner, which should come as a bit of good news to you if you happen to be a part of the human race. We still win! That can change though, as the capacity for AI learning continues to grow. This computer can answer existential questions based on language that it’s learned from listening to the dialogue in old movies. But what happens if they only watch Nazi propaganda films? Nazi robots?!? Prepare yourself for the dawn of the robot revolution. Or better yet, ask your self if the person that you just met is a person at all. If Ex Machina has taught us anything, it’s that that you should be suspicious of everyone as a potential bot. Luckily, Elon Musk and Stephen Hawking are part of a group of super geniuses that are working to keep the uprising at bay. Also, the synthetic machines are still really bad at folding laundry. There’s still hope! 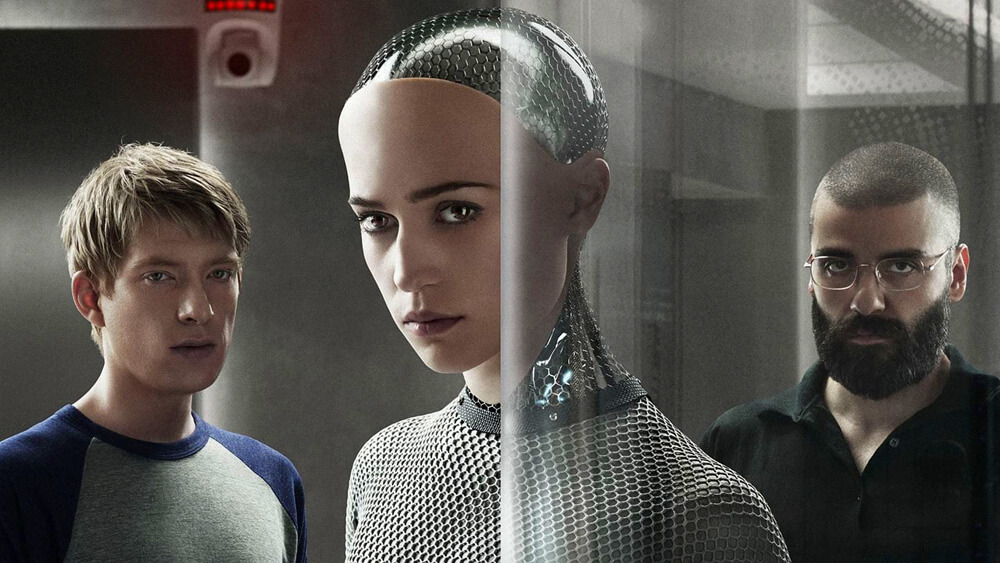 "One day the AIs are going to look back on us the same way we look at fossil skeletons on the plains of Africa."

Why would anyone create an egg throwing event with themselves as the major attraction? This week two much maligned public figures opened up a portal to mouthpiece hell by inviting followers to ask them questions via a Twitter Q&A. E.L. James, writer of 50 Shades of Grey and Republican politician Bobby Jindal both made the same foolish error, both with hilarious results. The Twitter horde unleashed a tidal wave of scathing, sarcastic, irreverent and clever vitriol at both. Social media groupthink really can create a firestorm of sentiment. Just imagine if all of these people had chosen to use this immense power for good. What change could they enact? In the meantime there were some pretty great jabs at a couple of deserving ‘celebs’. Also, this week the Twitter masses did this fantastic thing. Protect John, he’s our only hope for survival!

Last week was Pride Week and in a timely gesture the ‘Murrican Supreme Court announced that a bill had been passed that legalized gay marriage across the whole of the United Stated. And then it was Pride weekend in Toronto. All of this added up to one huge love in for equality and gay rights. The hashtag #lovewins reigned supreme. Then Facebook jumped in and gave even the most passive supporter the option to show some digital support in the form of a profile pic filter that splashed a rainbow over your very own visage. Hatched in the brains of two interns, the rainbow filter garnered a million users in just an hour. All told 26 million people would roll with the filter in a show of solidarity for the equality cause. Then someone ruined all of the rosy feelings by pointing out that the whole rainbow filter thing may just be a Facebook thought experiment. Facebook vehemently denied that the filter was anything more than a super-nice thing to do. Someone is collecting data based on the filter though, that much is guaranteed, and as a social event the Facebook rainbow filter is something that will surely be referenced for years. 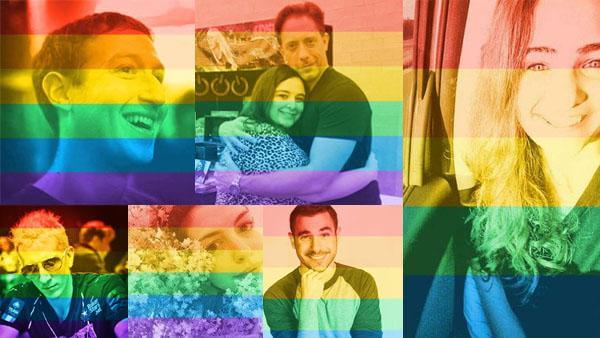 "I think that people just have this core desire to express who they are. And I think that's always existed. " - Mark Zuckerberg

You cannot stop the future. It just happens and you ride the wave of it or you get bowled over by it. The latter is what is happening to vertical video detractors. Sure, everyone is allowed personal aesthetic choices but it’s almost as if video advertisers think that they are the arbiters of taste. We watch on the move these days, and the idea that our eyes (or brains) dislike vertical video because of the unnatural up to down visual format of it is largely irrelevant when the video is being viewed on a phone. Like it or lump it, vertical video is here to stay. One thing is for sure: it won’t serve to diminish creativity. There are already art installations using the format, and talk of a feature film being shot in it. Earlier this year Xavier Dolan shot his film, Mommy in the perfect square 1:1 aspect ratio. So basically, the whole thing looks like your Facebook profile picture. It’s not for everybody, but it sure is interesting, and it serves as evidence of what is possible with an unconventional frame and a bit of imagination.

This week Facebook impresario, Mark Zuckerberg held a town hall on his social network to answer heady questions about what the future of tech holds for us lowly humans. Since Zuckerberg is one of the keyholders to our digital future, you have to listen to what he has to say on the topic. And he had to say a lot. He said that VR will give us communication experiences seem real an life like. So basically, he said that the Star Trek holodeck will be a real thing in the future (YES!). He also predicted that we will be able to share whole thoughts with one another without speaking. In other words, we will be telepathic. Using our mouths to communicate is really so passé already, so that one makes perfect sense. We’ll also use lasers to give the whole world Internet connectivity and robots will be our helpful intelligent counterparts. If anyone’s got the money and resources to pull it off it’s The Zuck. Ride on Zuckerberg, we salute you.

Also, it’s the weekend. Smash everything in your office and go have some fun!

If you like our blogs, you'll love our Instagrams