The Weekly Wins are back for another dive into the digital fun times.

Language is an incredible, ever-morphing and malleable thing. It’s amazing to watch it evolve and, like most things, the internet has accelerated language changes to warp speed.

Slangs terms are created and forgotten in the blink of an eye. They ride on the backs of meme cycles and have the same sort of viral tendencies. And who can say what and when a viral event will occur? If that could be bottled it would have been a long time ago. Alas, viral potential remains something of a mystery; when the world wants something they latch onto it, that’s the one thing that we do know for sure.

It’s kind of like the concept of ‘cool’. How do you know when something’s cool? It’s subjective, of course, but societally we accept that some things are cool while others simply are not. Maybe it’s some sort of exclusivity? If that’s the case then the exclusivity is reserved for the young. Once Dad says ‘off the chain’, that’s it, it’s over, you can no longer say that to describe something, ever.

This week, the internet mourned the loss of the word ‘lit’. A millennial favourite, Urban Dictionary describes the term as ‘something that is popping off, or turned up.’ This is confirmed by our design intern Daniell Yang, AKA 2Lit.

Unfortunately, Donald Trump Jr. described an 80-something man retiring from Senate as ‘lit’ this week in a Tweet.

Hello, fellow kids! My name is Donald Jr. but you can call me D-Dawg!

And with that we say, #RIPlit.

Social media is an incredibly effective promotional tool. It’s also a volatile beast that can lead to epic mishaps that are tough to backpedal from. Case in point, this week a low budget B movie called Khali the Killer was uploaded to YouTube in its entirely in lieu of the trailer for the movie. The gaffe was live for a six hours before it was pulled down and social media was alive with jokes about it and there were even some reviews of the film. Perhaps even more than there would have been if the movie had just been released on it’s own time.

Of course, that’s led to some speculation that this wasn’t so much a gaffe as it was a stunt. As one Reddit user pointed out, it takes considerably longer to upload a 90 min movie than it does to upload a trailer and more people were talking more about Khali The Killer after the supposed gaffe than they likely would have been had the movie made its way into their hands organically.

This is all the more plausible being that it is the SECOND time Sony has made this error. It accidentally uploaded Spider Man 2 to their South Korea YouTube channel in 2014. Is it possible that Sony actually made this mistake twice?

Ask any Community Manager and the answer would undoubtedly be yes. Yes it is entirely possible. 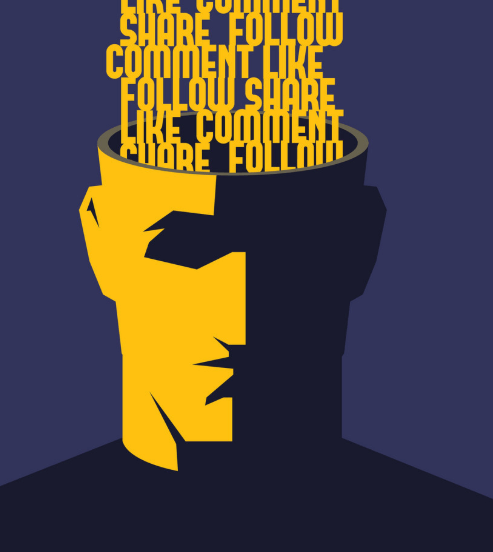 Here’s a thing that won’t surprise you: social media is addictive!

This week we received some confirmation on that though, as a former employee of Mozilla, Aza Raskin came forward to say that social media engineers have done too great of a job at getting and keeping you hooked on their platforms. He says behind every screen that you consume, there was literally a thousand engineers that have worked to create a maximally addictive product.

Raskin should know: a leading tech engineer, he developed infinite scroll, AKA the thing that lets you mindlessly peruse the internet until forever, if you so choose.

What Raskin didn’t consider is that maybe we know that social media is addictive and we like it just fine like that! Everything in moderation but when it comes to the internet it could be argued that there is no such thing as too much of a good thing.

As stated the internet trends move fast. Real fast, and when they’re gone it’s tough to even conjure the memory of them. Anyone remember the ice bucket challenge? No, of course you don’t, because it happened a millennium ago or more in internet time (actually for years ago.

With that said, we thought it prudent to do a quick rehash of a couple of the internet’s finest from the week gone by:

The “Car Salesman Slapping the Hood” meme was used in a number of varieties to hilarious effect.

Possibly the cutest darned trend to ever grace the internet blew up with the “What the Fluff Challenge.”

Soccer legend Maradona got meme-ified to the max because of his World Cup antics.

If you have somehow missed any of these hot internet trends from the week, we implore you to do yourself a favour, drop what you’re doing and catch up on the fun. 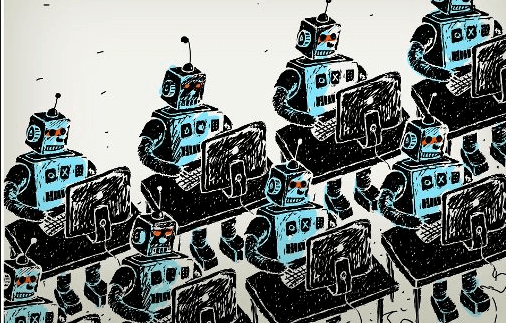 The bots worked too well!

This week a texas based newspaper that was feeding quotes from the American declaration of independence into Facebook was flagged from hate speech.

It appears that the culprit was none other than founding father Thomas Jefferson, who had some disparaging things to say about the Native Americans that lived in the region before the fledgling US had been created.

Of course, it was quite offensive and 2018 was having none of it, thank you very much!

Facebook, for its part, apologized for the error, reinstated the passage and blamed the bots for being too smart for their own good but not smart enough to recognize the difference between hate speech and historical text.