Welcome back to the Weekly Wins! This week, we take a bite out of KFC’s latest social media stunt, check out Twitter’s big change, look at Warby Parker’s clever use of an iPhone X tool, and much more!

KFC followed 11 people on Twitter. Why does this matter? Find out below. Plus, Twitter ups the character limit from 140 to 280, Warby Parker makes the most of the iPhone X’s face mapping capabilities, HBO releases Mosaic, an interactive murder mystery mini-series, and the Logitech Bridge makes typing in VR more convenient. It’s cold out there! Bundle up, or just stay inside and enjoy some Weekly Wins!

KFC follows the ingredients of their secret recipe

KFC is known for two things: their famous fried chicken recipe, made with 11 herbs and spices, and their hilarious marketing stunts. Their latest creative idea had gone unnoticed for over a month, until now. After being planted by KFC’s creative shop, Wieden+Kennedy, a twitter user noticed that KFC’s Twitter account only followed 11 people. They tweeted their discovery by saying, “KFC follows 11 people. Those 11 people? 5 Spice Girls and 6 guys named Herb. 11 Herbs & Spices.” Yup.

According to a creative director at Wieden+Kennedy, they weren’t sure if anybody was going to figure it out. Thankfully, the internet worked it’s magic, and the original tweet now has over 715,000 likes. Then, in response to the Twitter user who discovered their stunt, KFC sent him a framed, custom painting of him piggyback riding Colonel Sanders himself. Well done, KFC. Well done.

2. The More The Merrier

If you haven’t been on Twitter this week, then you’ve missed out on a lot of particularly tweets mentioning the number 280. That’s because Twitter has rolled out 280-character tweets across most of the world. That’s right, 140-character limits are a thing of the past. Twitter stated that they expect the expansion to increase engagement and allow for easier expression.

The change hasn’t gone without critics, though. Some believe that expanding the character limit will remove the fast-paced, quick, and concise element of Twitter that gives it its charm. Many people who were initially excited about 280 characters came up with creative (and annoying) ways to make their Tweets extra-long, but Twitter believes this novelty will soon wear off and the platform will return back to normal soon. 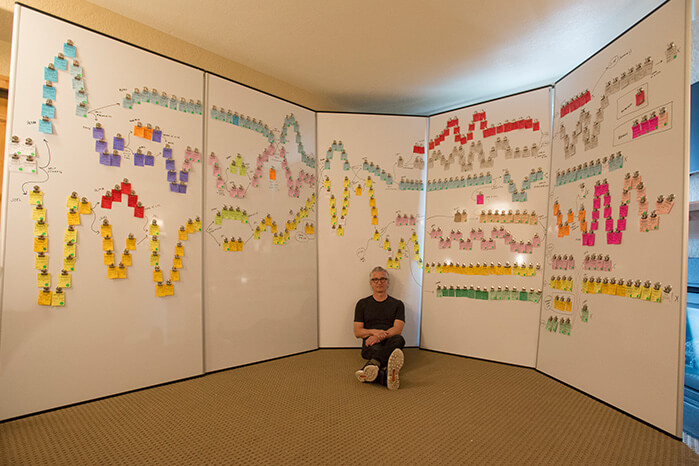 The complex branching storyboard for Mosaic

3. Make Your Own Mosaic

After three years in the making, and 20 million dollars, HBO has finally launched the Mosaic app for iOS and Apple TV. Mosaic is a 7.5-hour interactive murder mystery mini-series by Academy Award winner Steven Soderbergh. Mosaic allows viewers to decide the viewing order of the story, pick which characters to follow, and jump between characters’ perspectives as the action unfolds.

Created with a branching narrative, viewers can build their Mosaic experience scene by scene, gaining new perspectives and insights each time within the interactive app. It has become increasingly popular for television and film to blend with the world of gaming, and this is another experience that lets you have a hand in how the story unfolds.

Warby Parker’s new app called “Glasses” is making the most of the new iPhone X’s face mapping technology. Before, Warby Parker allowed people to see what a virtual pair of glasses would look like on a picture of their customers. Now, they’re cleverly using the iPhone X’s advanced camera to take maps of people’s faces and use the data to recommend styles of glasses that are best suited for your face shape. This takes their user experience to the next level, but it’s a wonder why they’re not taking advantage of augmented reality to let people try the glasses on in real time, similar to Snapchat’s face-mapped lenses. 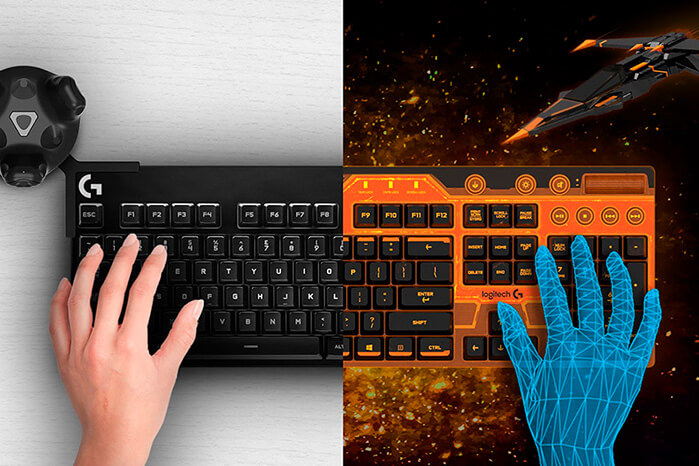 Enjoying a truly immersive VR experience means using motion controls to interact with the virtual environment. However, sometimes, certain tasks require you to enter text, and this can be hindered when only communicating through a headset. The solution to this problem? The Logitech Bridge, a new SDK for HTC Vive that allows users to view their keyboard while in VR.

While virtual keyboards are alright, there’s nothing quite like the tactile feel of typing on an actual physical keyboard. Through the combination of the Vive Tracker and a Logitech G gaming keyboard, users can see their physical keyboard and use their hands to type in VR without having to take their headset off. By using the tracker to monitor your hand position, it will render live 3D models in real time so you know exactly where your hands are. The Logitech Bridge is a creative solution that will be great for developers and will make building experiences for VR a lot more convenient.