‘Tis the season of sharing! The holidays are here, and we’re gifting to you some digitally delicious treats. Mixed reality goggles, some crazy Apple news, 3D printed pills, and more. Ho-ho-hope you enjoy!

Magic Leap has finally revealed what their mixed reality system will look like, Apple releases a statement regarding all the allegations that they’re purposely slowing down older iPhones, there’s a new app just for parents, prescription pills are being 3D printed in a matter of minutes, and FitXR releases a new virtual reality workout game. 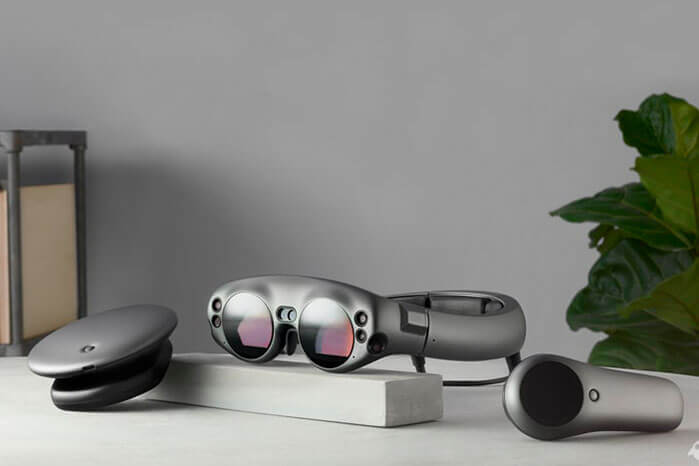 The Magic Leap One in all its cyberpunk-y-ness

For a long time, Magic Leap has been promising us a mixed reality system, and what it will look like has finally be revealed. The Magic Leap One exists as a pair of googles that look like they’re from a cyberpunk world, a handheld controller, and a small, circular pod that clips to your pants as the external computer called the Lightpack. An SDK is supposed to be released in early 2018, with the hardware being shipped later in the year.

Magic Leap One is “built for creators who want to change how we experience the world.” The goggles include four built-in microphones, built-in speakers, and at least six external cameras. As for on the inside, the googles include a computer that can detect the surrounding environment and handle some machine learning capabilities. The real heavy lifting is done by the Lightpack, which has about the same amount of power as a MacBook Pro or Alienware gaming PC, with a dedicated graphics card.

It’s all very new and exciting, especially since Magic Leap was able to keep the device compact, but many remain skeptical that it’s too good to be true. Hopefully Magic Leap delivers on what they say their product is capable of. If they do, this is the beginning of offering powerful mixed reality technology to the masses; something that people have dreamed about for years.

If you have an older iPhone, and have updated to iOS 11, you’ve probably noticed a change in your phone’s performance, and blamed it on Apple. Turns out, you’re not crazy. This week, Apple admitted to slowing down older phones. Well, kind of. What’s really happening is as phones age, their batteries get worn down. So, to mitigate issues that may arise with a weaker battery, iPhones purposely perform slower.

Since Apple released a statement addressing why this happens, tons of iPhone users are both celebrating at the fact that they’re not crazy, and their “conspiracy theories” about Apple intentionally slowing down older phones to tempt them into buying a new phone are (a sort of) true. But they’re also thinking, “Ugh, that sucks. Shouldn’t phones – and their batteries – last longer than a year?” Apple is trying to do the right thing by minimizing problems, and letting you still use your older phone, by slowing it down. But why aren’t iPhones being built to last longer than a year in the first place? I think we all know the answer to that one. 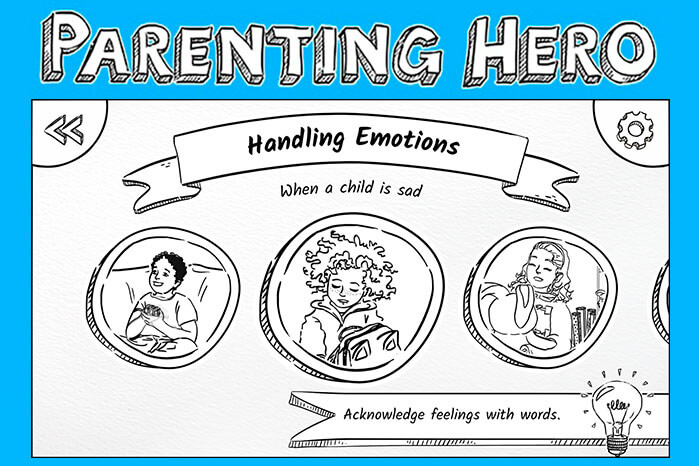 How did our parents raise us without apps?

3. An App For Everything

Some say there’s an app for everything, but is there one that can help you be a great parent and effectively connect and communicate with your children? Actually, yeah, there is. A new app called Parenting Hero was created on the premise that sometimes (most times), parenting is tough, and no matter how many books you read, you often forget how to deal with a situation when you’re in the middle of a temper tantrum.

Parenting Hero is an interactive app with over one thousand hand-drawn panels that guide parents through different scenarios, make suggestions on how to communicate, and allow them to improve their skills. The idea is to use the app to learn, or to pull it out when you’re struggling with navigating your 3-year-old’s meltdown. Parenting Hero is available in the App Store, and the creators plan to improve, update, and add more scenarios to the app based on feedback from parents in the future.

A few Weekly Wins ago, we looked at digital pills that allow doctors to track the consumption of prescription drugs. Now, pills are being 3D printed to combine all your medications into a single, personalized pill. Vitae Industries claims that their toaster-sized printer has the capability to quickly and easily produce custom doses of drugs for patients and their specific needs.

With their AutoCompounder printer, tablets or gummies can be made in about 10 minutes with the push of a button. Pharmacists would just need to enter in the drugs and required doses, then watch the magic happen.

5. Turning Exercise Into A VR Game

There’s some things that will never be fully replaced by virtual reality. Like eating an entire pizza to yourself (delicious) then feeling immediate regret as you look at the empty box thinking, “What have I done?” But if you have enjoyed an entire ‘za to yourself, you may be considering burning those calories off, which is another thing that can only be done in reality-reality. Right?

Well, there’s one company asking, “What if VR but could replicate going to a traditional gym?” FitXR, the immersive exercise gaming company, is experimenting in this space with what they’re calling “the world’s first virtual reality gym experience.” They’ve created BOXVR, a VR experience that gamifies working out and turns kick boxing into more of a fun, rhythm based, interactive game. Players are visually guided to perform a left hook, right hook, straight punch, uppercut, duck and more while working up a sweat. Machine learning modules personalize programs for each user, encouraging players to beat their own high scores and improve their skills.